Suggestions, The Renaissance lute and the archlute mix with modern tools by Davide Mocini 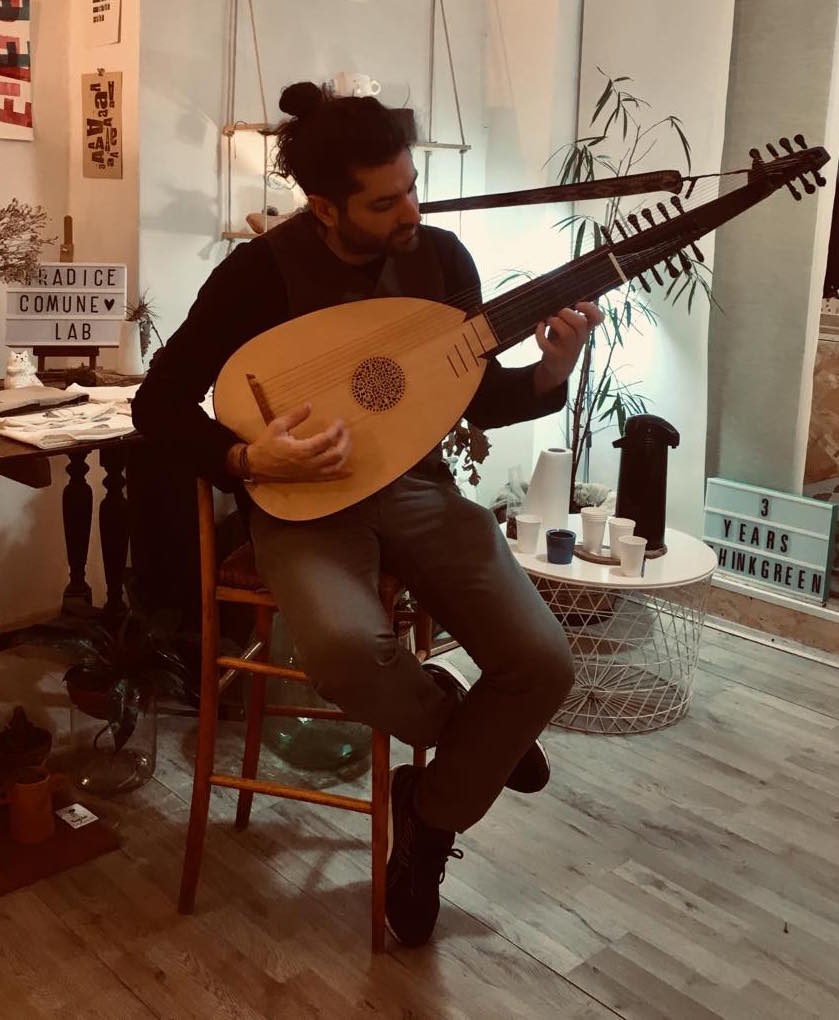 → FB: @AventinoMusic – IG: @aventinomusic – FB: @DavideMociniLute – IG: @davidemocinilute – The #Renaissancelute and the #archlute mix with modern tools such as synthesizers and electric guitars in the new work of #DavideMocini: #Suggestions

The Renaissance lute and the archlute

mix with modern tools such as

in the new work of

The ancestral sounds of the Renaissance lute and the bowed lute are mixed with synthesizers and electric guitars in Davide Mocini’s new work: “Suggestions”.

The influences that we find in “Suggestions” range from a necessary reference to Renaissance music, to post-rock (strongly present thanks to the sound carpets of electric guitars and synthesizers), to funk, to classical, folk, and indie music:

«The style proposed in“ Suggestions ”certainly derives from my years of study of the Renaissance lute, in the conservatory, and of the jazz guitar; but also of all genres that I have had the opportunity to listen to or play, such as author music, rock, Irish music. I’ve always listened to everything, but the artists who have influenced me the most are definitely Bill Frisell, the Beatles, Pink Floyd and most of the rock and pop music of the 60s / 70s; but, of course, the great Renaissance and Baroque lutenists and the great classical music composers like Bach, Beethoven and modern composers like Arvo Pärt and Ennio Morricone, just to name a few, had a great influence on me.

Eclectic musician (as a luthier he carries on a solo project and collaborates with a myriad of orchestras and formations and is session man on the albums of Esmeralda Sciascia, Filippo Gambetta, Luca Falomi, and Tom Stearn), Davide Mocini returns with this new work entirely interpreted by him :

«This latest work was entirely played by me. In the future I hope to experiment with new sounds also with a selective choice of musicians and instruments that give different character and timbre to my works, perhaps even using them in an unconventional way: I like the idea of ​​blending two extremes and approaching the search for ancient sounds the more experimental and avant-garde ones ».

“Suggestions” was recorded in the countryside, in complete isolation, away from the hustle and bustle of the city, in a moment of introspection and analysis:

«“ Suggestions ”was born in 2020 in a moment of forced isolation, in a particular historical context that we are all experiencing. All the uncomfortable aspects of this situation led me to a moment of introspection and analysis. From this pause, from this forced silence, the need arose to describe the situation I was in musically. Fortunately, I was writing music in the countryside, far from the city. I live in an environment that welcomes inspiration, rather than hinders it, and helps me to distance myself from traffic and concrete.

Contact with nature and its rhythms has always suggested to me the importance of silence in the search for my sound. It is no coincidence that the lute is the main instrument of my compositions. I always thought of the time when it was played as a particular historical moment where the relationship between music and silence was very different from today. The sound of the lute comes from this silence, pure as the lights of the candles that illuminated the houses. A recurring image in my memory that suggested some of the atmospheres on the record was that of a trip with my father to Manhattan when I was 14, in particular a photograph of him taken in the heart of the Big Apple. I remember how impressed I was by the verticality of the city, the concrete, and the very tall skyscrapers: a context in which I never wanted to live. There was no “past” nor any idea of ​​spatiality in the whole city (except in the view from the top of some skyscraper). Everything was forced upwards without any possibility of counterpoint, no “escape”, only a heavy vertical harmony.

The image that I cherish in my memory is described by the photograph: a small church in the center, perhaps one of the oldest buildings in the city, despite its size being projected into its past and future more than everything that surrounded it. The image I have in mind, not at all easy to render with a description, is that of the mirror of this church in the infinite windows of the skyscraper opposite. Exactly where the skyscraper defined the limit with the sky, the reflection of the small church exceeded the skyline and followed its perspective. In the album “Suggestions” I tried to combine the sound of the lute with that of synthesizers as if with the help of synthetic sounds my instrument wanted to look for a perspective that goes beyond the skyscrapers of Manhattan and that helps the listener to find himself beyond the roofs of your own view. I hope that this can happen and that it defines my style, and that anyone who listens to this record will be happy where they are or find they are elsewhere ».

Mixed and mastered by Claudio Scozzafava, the work is out for Aventino Music, after the meeting between the musician and the chief of the label at the Midem Festival in Cannes.

“A little introduction”: light and simple melody played on a Renaissance lute with the energy of an electric guitar and the rhythm of a percussion.

“Across the galaxy”: suspended atmosphere of a synthesizer; unexpectedly, this mysterious atmosphere is replaced by the sound of a Renaissance lute, and the fog clears.

“Let me tell you a story”: romantic and relaxing ballad played on a Renaissance lute and an archlute.

“Welcome to wonderland”: the positive and pressing rhythm is the protagonist of this composition for lute, acoustic guitar and synthesizer.

“Conversation between two lutes and electric guitar”: rhythmic intertwining. Dialogue between two renaissance lutes with funk influences. The rhythm becomes the protagonist concluding the composition with an electric guitar solo.

“Go ahead”: composition for dobro guitar and renaissance lute in folk and indie style. With a small prelude that gradually leaves room for the rhythm of the guitar.

“Secret gardens”: homage to film music, film soundtracks and orchestrations. The Dobro guitar and the lute contrast and support the sound of a Native American flute.

“Dancing fairies”: a moment of dance, a carefree melody created by a lute and good vibes from a synthesizer.

“Rozzy & Sacha”: very meditative and relaxing composition, the sound of the lute tells a story while the synthesizer describes the image of a gentle waterfall.

“A woman in the Castle”: meditative and relaxing composition. An encounter between the ancient sound of the Renaissance lute and the contamination of modern sounds.

“Tears and lights”: is a melancholy ballad played with a Renaissance lute and a meditative voice that hints at the melody as a prelude to the electric guitar and background synthesizer. 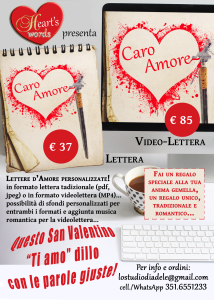